I finally finished all of the track laying, track wiring, and turnout controls. I still need to finish wiring my signals, dwarf lights, and end stop lights but I decided to start on my mountains over the holidays.

I planned on building a wood structure to support the shell, cover it with chicken wire, cover that with mortar soaked sheets and then build up mortar to finish. I did this because it is a large mountain (actually two) and I need to access the trains beneath.

I built the wooden structure to mimic mountains but we added and changed as it progressed. I then added the portals which I purchased from Bridge Masters (www.bridge-masters.com).  I am leaving the back of the mountain for access. I also plan on having plants (dwarf trees and cover) on part of the mountain to model a real mountain.

The Holidays were great because most of my children were home and they all helped out. 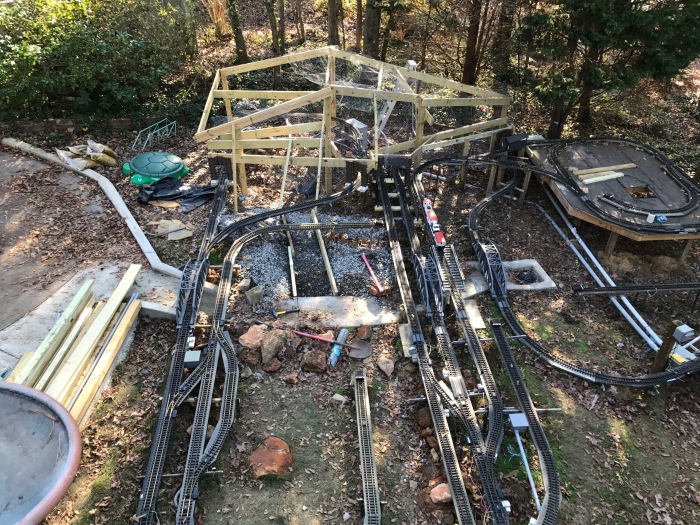 It probably will take 3 coats of mortar to get the mountain to look like a mountain but we will have to experiment.  I am also building a waterfall and river from the mountain.  Same process just using mortar to create the bed overlayed on chicken wire and mortar soaked sheets.

For the waterfall, I am planning on installing color LEDs behind the water.  Waterproof LED strips are very reasonable and come with some great controls.  Hopefully I will get the Niagra Falls look when completed.  The water fall will have to be adjusted based on trial and error.  Once I get the first coat on the waterfall and river, I will try the water feature and see what needs to be adjusted.  I want a nice drop for the water but little to no splashing on the track..

I also plan on installing either a flour mill or lumber mill powered by a water wheel around the river.  This will be another future enhancement.  I like to plan out the future enhancements and build them into the layout where possible otherwise it is a lot harder to add these kinds of features later on.

Still a long way to go but making progress ! 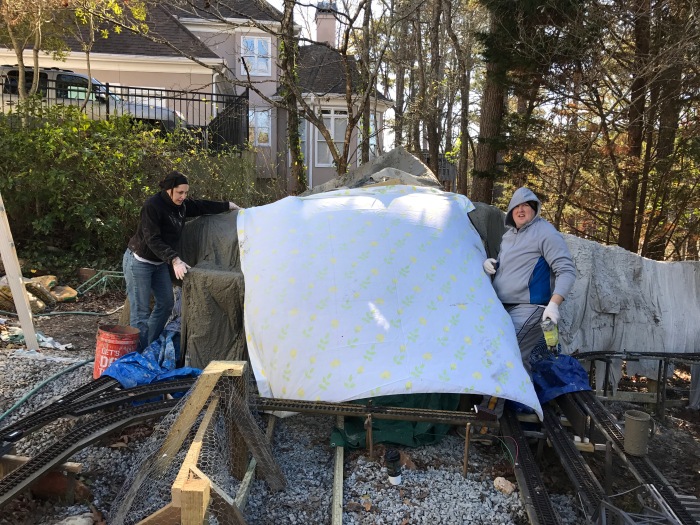 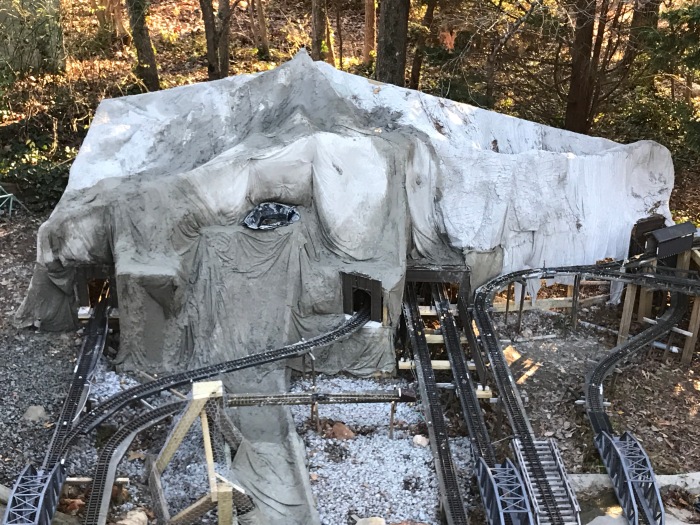 One thought on “Building Mountains”