We visited the Taj Mahal today. It was breathtaking. The marble, the craftsmanship, and the size was truly something to see.

But more interesting was the story behind the Taj Mahal. The Taj Mahal was built by Emperor Shah Jahan as a mausoleum for his beloved Queen Mumtaj Mahal. This monumental construction, which took 22 years to complete (1631-53), is most famous for its imposing white-marble dome, and is considered the finest example of Mughal architecture in the world. His Queen died after several months after giving birth to her 15th child. The Emperor was distraught and was never the same again and for her he build with wonder of the world. There is a lot more to the story that I will be telling Joanna, Simon, and Michael when I see them again.

Here is some closeups of the inlaid marble,

In the afternoon, we visited the Agra Fort, begun by Emperor Akbar the Great in the 16th century. We viewed the palaces, mosques, and Halls of Public and Private Audiences of this UNESCO World Heritage Site. We could also see the Taj Mahal from the fort. 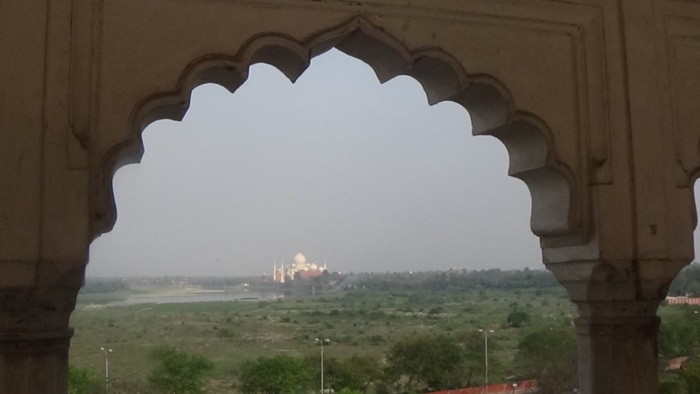 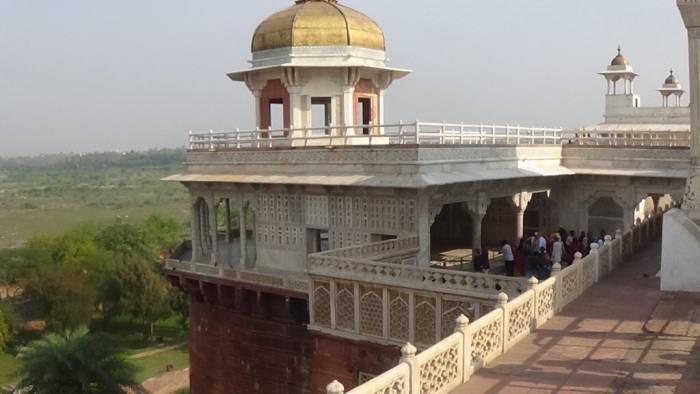