It is finally coming together.  Over the past 6 weeks we have installed a landscape retaining wall around the raised portion of the track and then filled in to the track level with gravel and dirt.  The track now looks a part of the landscape with easy access from the edges.

There was a lot of planning to get to this point.  We had to build the track using temporary posts, make the mountains, run the conduit for the electrical, build the circus city table, and create the waterfall.  All of this needed to be blended in when the fill dirt and walls were completed.  Well it is done and it looks great !  Many thanks to the Art of Landscaping company and their fabulous team that helped make this part of the train set complete.

We had to cut some of the blocks to fit the train and build some special supports in other parts.  Some areas worked out exactly as planned but others did not.  I had originally planned to add some stairs next to circus city but because of the clearances, this was not possible.  We also added a nice stone walkway to the center of the layout which will hopefully give us some good access when needed.

First set of pictures below shows the changes over time from the bare backyard to the lanscaping stages. 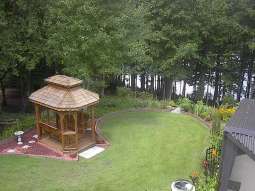 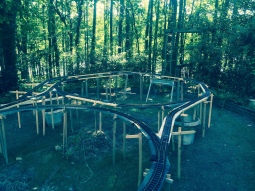 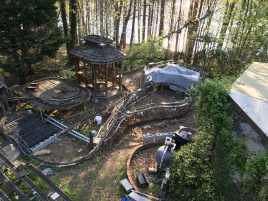 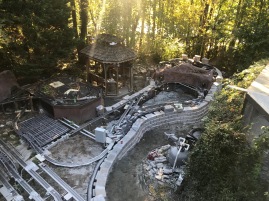 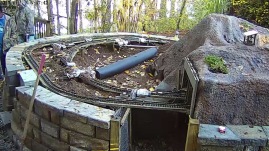 The second set of pictures show the current state of the project with Joanna, Simon, and Nathaniel all helping to pack down the dirt and get everything in the right place. 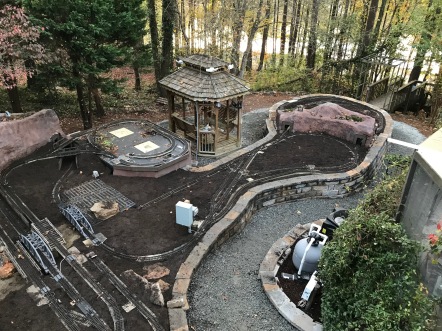 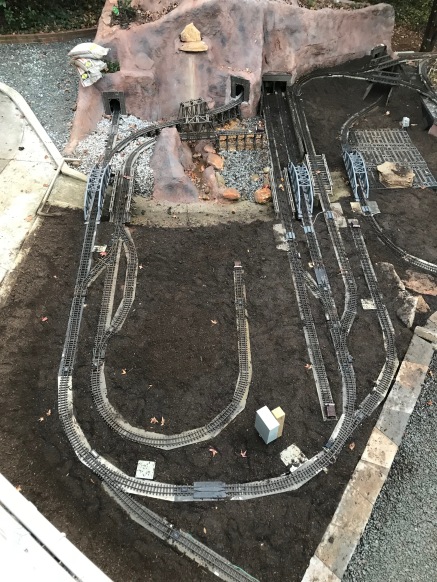 Next up is to get the track all leveled and lined up to allow the trains to consistantly navigate throughout the layout.  We add back the signal heads, the crossing gates, and dwarf lights.

Then we will begin to build the buildings.  Stay tuned, a 3-D printer is on it’s way to beging printing structures and other interesting items for the layout.