Nana and I took a summer cruise in August 2018 and we enjoyed our trip to Italy, Greece, and Montenegro.

We invited our dear friend Wendy Murphy along to join us this Mediterranean cruise. It was a great trip and usual we learned how little we knew about this area.

Our cruise started in Rome where I joined Suzanna and Wendy from my trip to Germany to visit Haley and Renato. Suzanna and Wendy took advantage an extra day and saw a lot of the Rome sites including a tour of the Vatican.

There we boarded our cruise ship, Holland America Oosterdam. This was going to be a busy trip as we had only 1 sea day and every other day was a stop in a port.

First stop was Naples Italy and I took a ferry to the island of Capri. Just an amazing island. 2 cities, Capri and Anacapri. Anacapri was up the the mountains and before autos, everything had be carried up hundreds of steps. You get a sense of how isolated people were all throughout the Mediterranean but also how beautiful everything is. 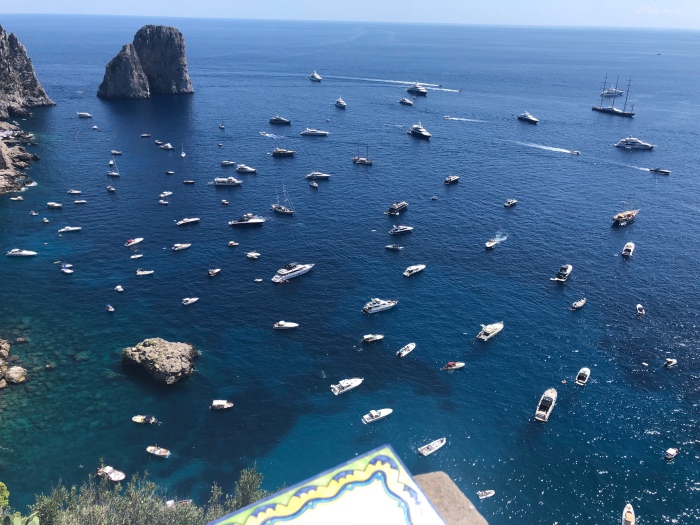 Playground for the rich with Yachts

Next stop was Santorini. Our first stop at Greece. This island struggles with lack of of rain and high winds. It is interesting how they have adapted their life around these 2 issues. Wine vines are wrapped in a circle close to the ground, all houses require rain water reservoirs. All houses and structures are required to be earthquake proof. This makes for some interesting construction requirements. People are very innovative when they need to be. 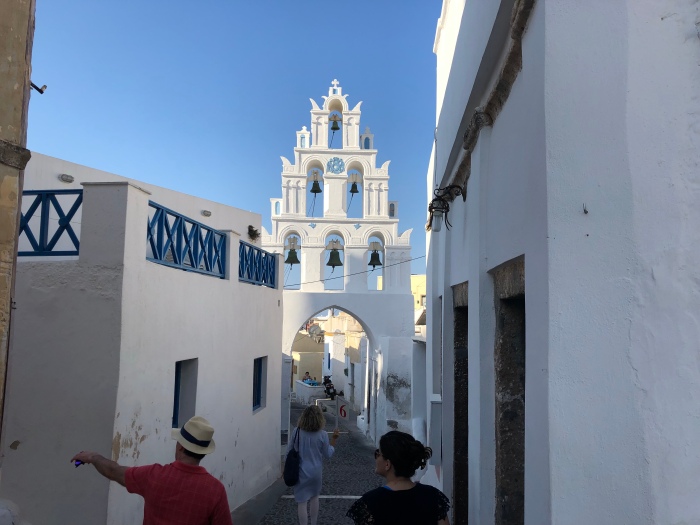 The amazing city of Santorini

Next stop was Rhoades. A very interesting walled city. So much history all over. The guides talk about settlements 2000 BC to current. It is hard to imagine when in the US we talk about only the past 400 years. The fortress walls are impressive. If you can imagine the Turks sieged this city for 21 years and eventually won. The other big wow that I learned in this area was the influence the city of Venice had on this area. The Venetians ruled here for 500 years. They ruled the seas from their city of Venice. They influenced cultures, trade, and people in this entire area for hundreds of years. They were a big part of the many islands and coastal cities all over the Mediterranean. 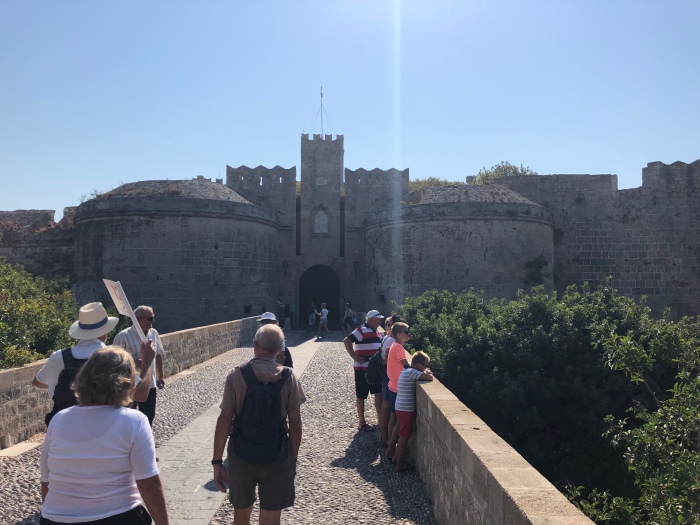 Several more stops and we end up at the Corinth Canal. I love technology and this old world technology. First proposed BC but couldn’t dig as many technology issues. The Romans, Nero attempted but never finished. Several later cultures tried to no success. After the Suez Canal was built, several French companies tried and failed. Finally completed in the 1800s it was revolutionary for its time. On either end there is a draw bridge that goes down underwater 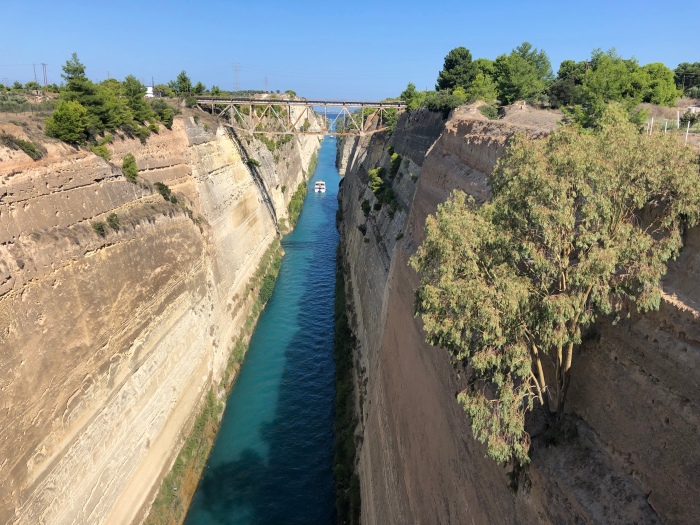 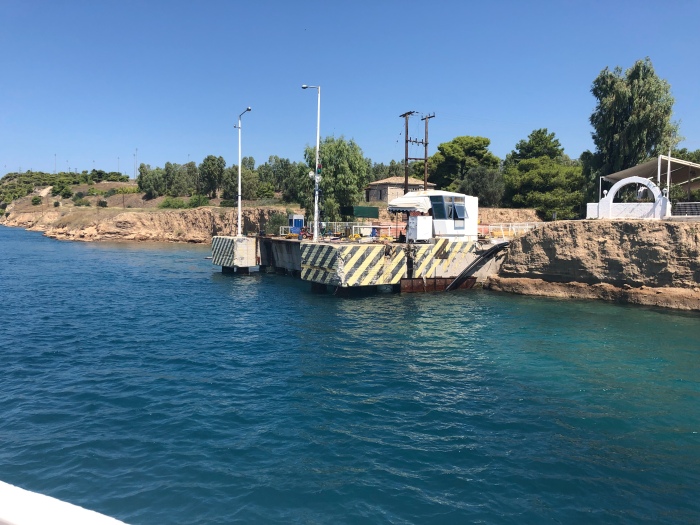 Drawbridge that goes under the water 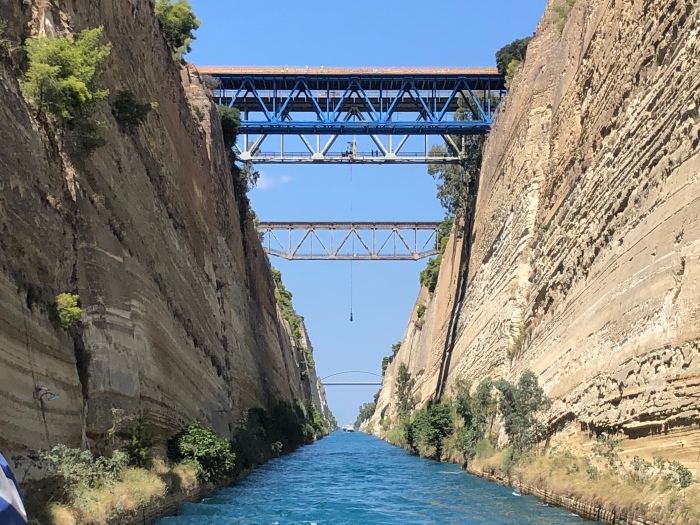 Even bungee jumping in the canal

Next stop was the other side of Corinth where we saw the temple for Zeus and one of the original Olympic stadiums. Nana showed off her speed and ran the length of the stadium. 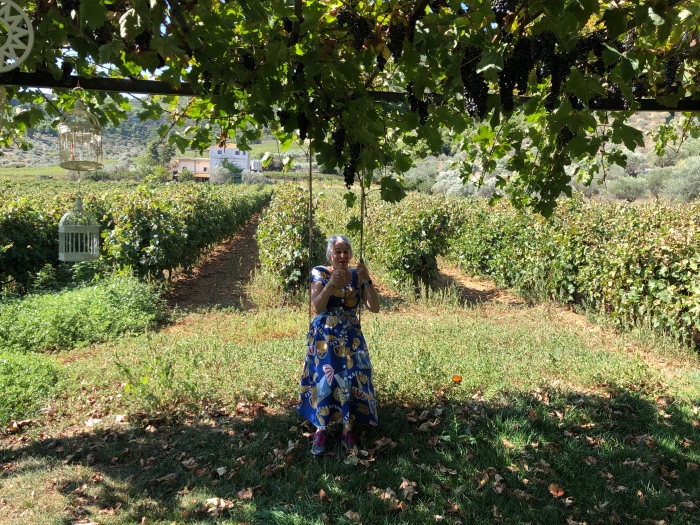 A visit to a winery for wine tasting

Now onto Cephalonia where we took a boat ride in an underground lake and saw where the celebrities played at the beaches.

The perfect port, short walk to shore, no other ships. 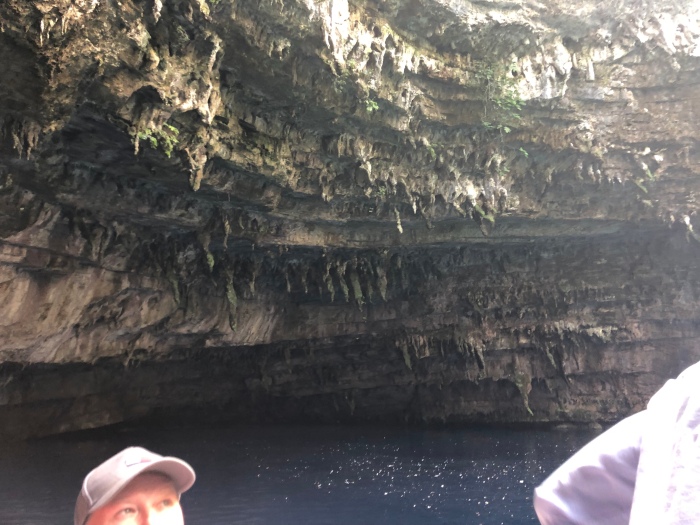 After a lot of bus rides we decided to hike some mountains. Corfu was a great place to hike up and then down to the sea to swim. The water is clear and refreshing. 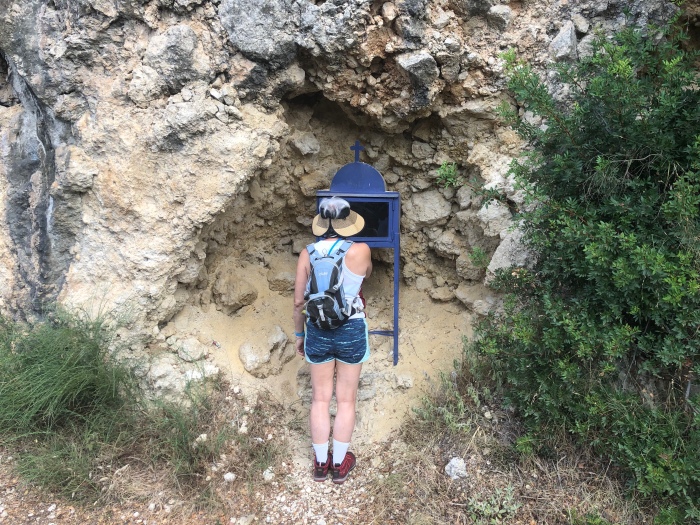 Nana found many place to pray 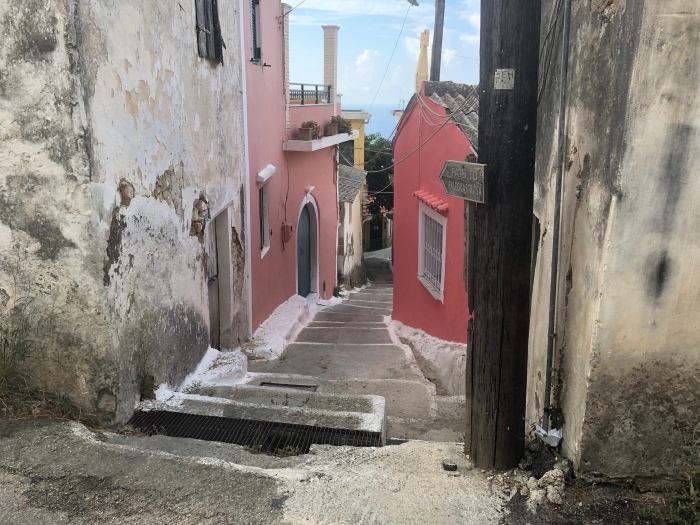 One of the many places we walked up 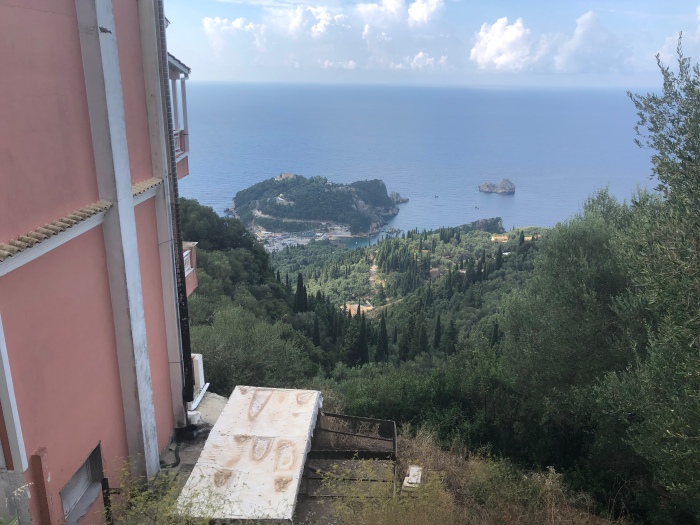 After walking up, this was our view, now going to walk down to the water.

Walking among the many olive tree farms

After our 6 miles hike, we had a great swim. If you look up the mountain you can see the path we walked down from.

Last stop before Venice was Montenegro. One of the six new countries from the original Yugoslavia. The breakup of Yugoslavia was sad but we heard a lot of history about what was good about Yugoslavia and about what Montenegro people went through during the civil war. A very interesting country with thousands of years of history. 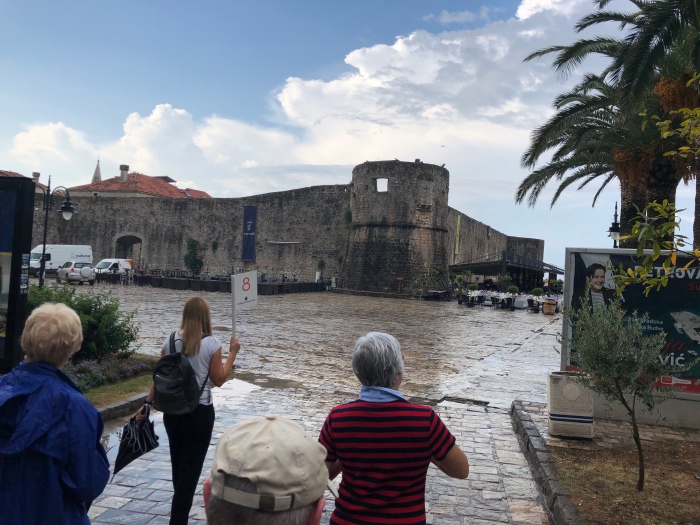 Nana found her Guinness at the Castle

These are special offerings from Sailors thankful for a safe journey

One of the many things we enjoyed during our time on the ship was meeting our friends Terry and Lou for dinner each night. We got to know them well and they even lost a bet so now they have to visit us.

For our final stop, our ship cruised into the Venice harbor, a site to behold.

Off the ship in Venice and on our way back to home. We had a great cruise and very thankful for everything and everyone that we came into contact with.